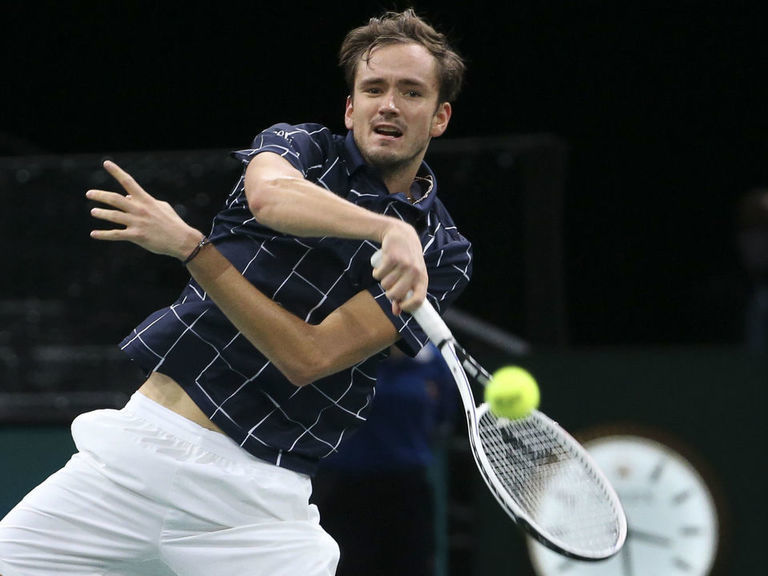 Daniil Medvedev reached the Paris Masters final for the first time after beating Milos Raonic 6-4, 7-6 (4) in a contest between big servers on Saturday.The third-seeded Russian secured the win with a smash at the net and goes for his third Masters title against either top-seeded Rafael Nadal or No. 4 Alexander Zverev. They were playing their semifinal later Saturday at an empty Bercy Arena.The 10th-seeded Raonic has never won a Masters event and missed out on a second final here, having lost to Novak Djokovic in 2014. The Canadian had 12 aces compared to seven for Medvedev and both players won around 80 percent of their points on first serves.Raonic missed a chance when Medvedev saved three break points at 0-40 down in the eighth game, but Raonic finally broke him on his fourth break point in the 12th game to make it 6-6.Medvedev raced into a 4-0 lead in the tiebreaker and sealed victory on his first match point. The 2019 U.S. Open runner-up is seeking his eighth career title and first this year.Nadal has won 86 titles, including a record-equaling 20 Grand Slams and 35 Masters events, but lost his only final here in 2007 to David Nalbandian.