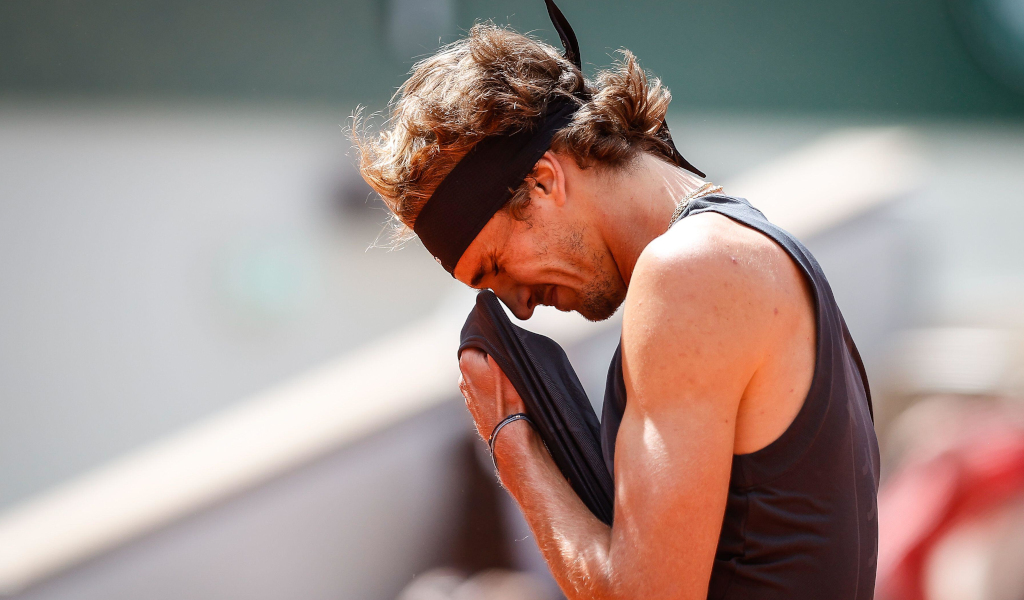 Alexander Zverev won’t feature in Germany’s upcoming Davis Cup group stage matches as he will be out of action for “several weeks, most likely months” after suffering an injury setback. The former world No 2 has spent the past three months on the sidelines after he picked up a horrific injury during his French Open semi-final match against Rafael Nadal in early June. The German rolled his right ankle and tore several ligaments, leaving the court in a wheelchair before undergoing surgery a few days later. He initially earmarked the US Open as a return date, but he wasn’t quite 100% and pushed back his comeback until this week’s Davis Cup with the group stage matches against France, Belgium and Australia taking place in his home town of Hamburg. However, his dream of playing in front of home fans are over as he suffered an accumulation of fluid in the bones with the pain becoming unbearable over the weekend. “To be part of the Davis Cup in my hometown Hamburg was my big goal, which motivated me again and again during the last weeks,” he said during a press conference. “The fact that this dream has now been shattered makes me incredibly sad. I tried everything to be here, but these new problems force me to withdraw.” The 25-year-old added: “At some point I couldn’t walk anymore. It is bone edema. Of course it causes me a lot of pain. And that can be dangerous for my future if I keep playing. That means the bone could finally break and I would have a lot of problems for a very long time for my career. “I really wanted to be there. I really tried everything and did everything. And made my training too intense so my bone just couldn’t take it after six weeks in the boot.” It is highly unlikely that Zverev, who has dropped to No 5 in the ATP Rankings after missing Wimbledon and the US Open, will return to action this year as he admitted he could be out for several more months. “It is definitely not a question of days, but it will be a question of several weeks, most likely months. Unfortunately,” the 2020 US Open runner-up said. Oscar Otte, Jan-Lennard Struff, Yannick Hanfmann, Tim Pütz and Kevin Krawietz will represent Germany in the Davis Cup group matches from September 13-18 Am Rothenbaum in Hamburg with Michael Kohlmann captaining the squad. The post Alexander Zverev’s Davis Cup dream ‘shattered’ as he is forced to withdraw after injury setback appeared first on Tennis365.