Carlos Alcaraz ‘had the luck’ due to Rafael Nadal, Novak Djokovic, Roger Federer absence, but a worthy No 1 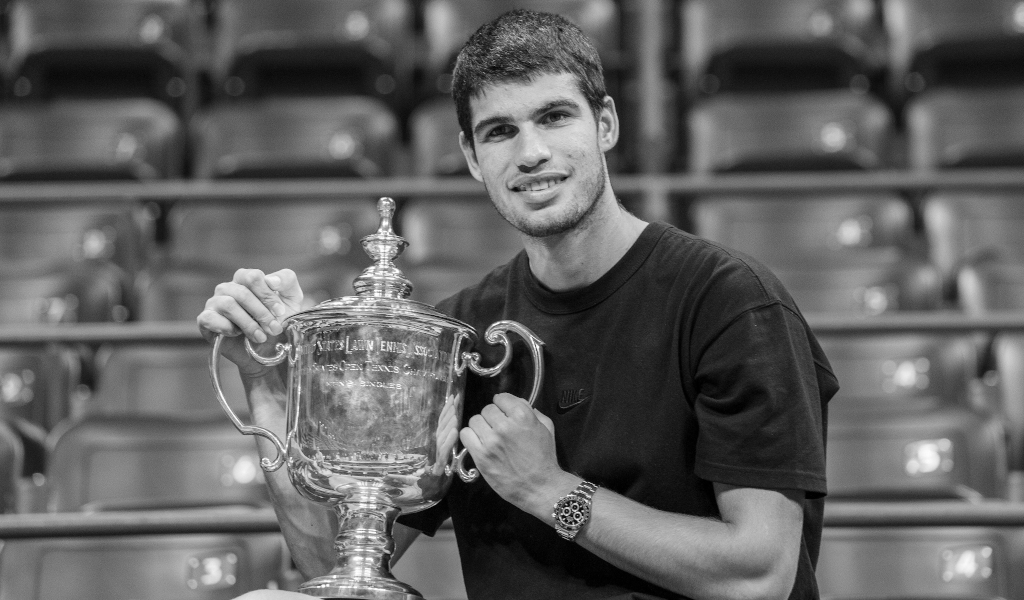 He is not downplaying his achievement at the US Open and surge to No 1 in the world, but Carlos Alcaraz acknowledges that Rafael Nadal, Novak Djokovic and Roger Federer’s absence for long periods this year has helped his cause. The teenager has enjoyed a barnstorming season, winning four titles in the lead-up to the US Open to climb to a career-high of No 4 in the ATP Rankings. But bigger and better were to come as he went all the way at Flushing Meadows to win his maiden Grand Slam with the title win also earning him the No 1 ranking in the process. Alcaraz, though, didn’t have to face Nadal, Djokovic and Federer in New York as the former lost in the fourth round, Djokovic didn’t travel to the United States due to his unvaccinated status and Federer has been out of action for more than a year due to injury. The Spaniard admits that the absence of the Big Three for large parts this season played a role in rise to the top, but at the end of the day it is a case of hard work pays off. “Look, I don’t want to take credit away from myself,” he told the New York Times. “But it’s true that Rafa, Djokovic, Federer, they were in a period when they were all playing. I had the luck or whatever you want to call it that Djokovic could not play. “Everybody has their reasons, but that is the reality. He could not play much for a while, and Rafa kept playing but not all year, either. “But like I said, I don’t want to take credit away from myself. I have been playing all season, playing incredible matches and incredible tournaments, and I’ve worked really hard so that things like this could happen.” Having reached the quarter-final in his US Open main draw appearance last year, the 19-year-old won at the second time of asking. But he is a different player this year compared to last year as he upped his game physically and mentally. “A year ago, I came here as a new guy, a kid who was experiencing everything for the first time, including Arthur Ashe Stadium,” he said. “I think I was a player who could win against anyone but was not ready to have the physical, mental and tennis level for two full weeks. “One year later, I have changed a lot. I feel I am ready to hold this level. “I feel a special bond [with the US Open]. I think my game matches up with that court and what the people are looking for when they come. There’s energy. It’s dynamic, and I think they don’t know what I’m going to do next. I think that’s part of the connection.” READ MORE: Carlos Alcaraz on hard work paying off, dreaming of playing against Roger Federer and his biggest fear The post Carlos Alcaraz ‘had the luck’ due to Rafael Nadal, Novak Djokovic, Roger Federer absence, but a worthy No 1 appeared first on Tennis365.

Linz Open: Niemeier into second round

Meghan Markle 'will not like' Prince Harry's 'first lover' speaking out, says author

Snapdragon 8 Gen2 for Galaxy details revealed, here's what makes it better than the standard chipset?