Carlos Alcaraz on hard work paying off, dreaming of playing against Roger Federer and his biggest fear 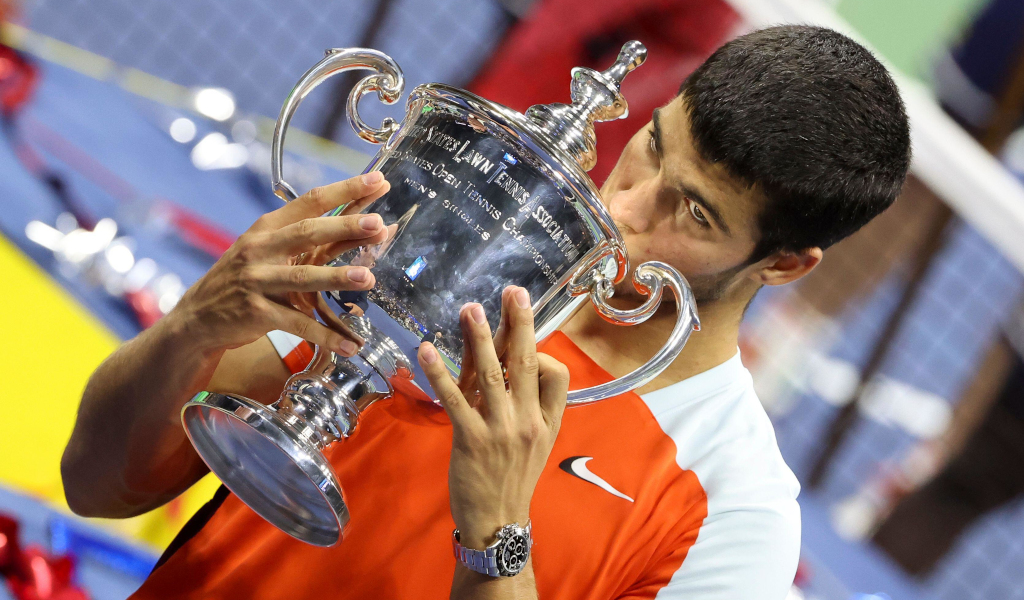 Carlos Alcaraz “had to suffer and go through bad times” to realise his two big dreams, but ticking those two goals off his to-do list doesn’t mean there is nothing left to achieve as he still dreams of beating a Big Three player at a Grand Slam, among other things. The 19-year-old rewrote the history books as he became the youngest world No 1 with his rise to the top coming on the back of winning his maiden Grand Slam, the US Open at Flushing Meadows, Sunday. Alcaraz went head-to-head in the final with Casper Ruud in the battle for the No 1 ranking with the winner set to take over at the top. The Spaniard was the last man standing as he won in four sets. He is naturally the talk of the town, but Alcaraz has always maintained that he is “not special” as it is more a case of hard work pays off. In an interview with ATPTour.com, he stuck to his guns: “My answer is the same. Nobody gifts you anything, I believe. You don’t just click your fingers and have the world at your feet. You have to work at things. I think what I have achieved, winning a Grand Slam and being No. 1 in the world, is because of the work I’ve been doing with my team for a very long time. “It hasn’t been a bed of roses, I’ve had to suffer and go through bad times to get here. I’m not special, and nobody said I was going to be the best, I’ve worked for it.” Now that he has ticked off Grand Slam champion and world No 1 ranking, is there anything that still excites him? “Playing against [Roger] Federer would excite me and beating a ‘Big Three’ player in a Grand Slam. I’ve always said that in order to be the best, you have to beat the best,” he replied. Alcaraz is 1-2 against Rafael Nadal with all three matches taking place at ATP Masters 1000 events while won his only meeting with Novak Djokovic, which was also at Masters level. He is yet to play against Federer as the 20-time Grand Slam winner has been injured for the best part of three years. The teenager, who has won five titles this season, was also asked what he was afraid of and replied: “Honestly, I’m scared of failure. That’s probably one of my fears. Letting a lot of people down.” He added: “Not being up to their expectations. Although I’ve won a Grand Slam or now I’m No. 1 in the world, probably there will be tournaments in which there are expectations and I can’t meet them. “Above all, letting down the people around me. In terms of everyone else, there are a lot of people who think and have opinions, but I’m talking about those that are close to me. That’s the thing I’m most scared of.” READ MORE: Carlos Alcaraz begins a new era in tennis – but this one will look very different The post Carlos Alcaraz on hard work paying off, dreaming of playing against Roger Federer and his biggest fear appeared first on Tennis365.

Linz Open: Niemeier into second round

Meghan Markle 'will not like' Prince Harry's 'first lover' speaking out, says author

Snapdragon 8 Gen2 for Galaxy details revealed, here's what makes it better than the standard chipset?