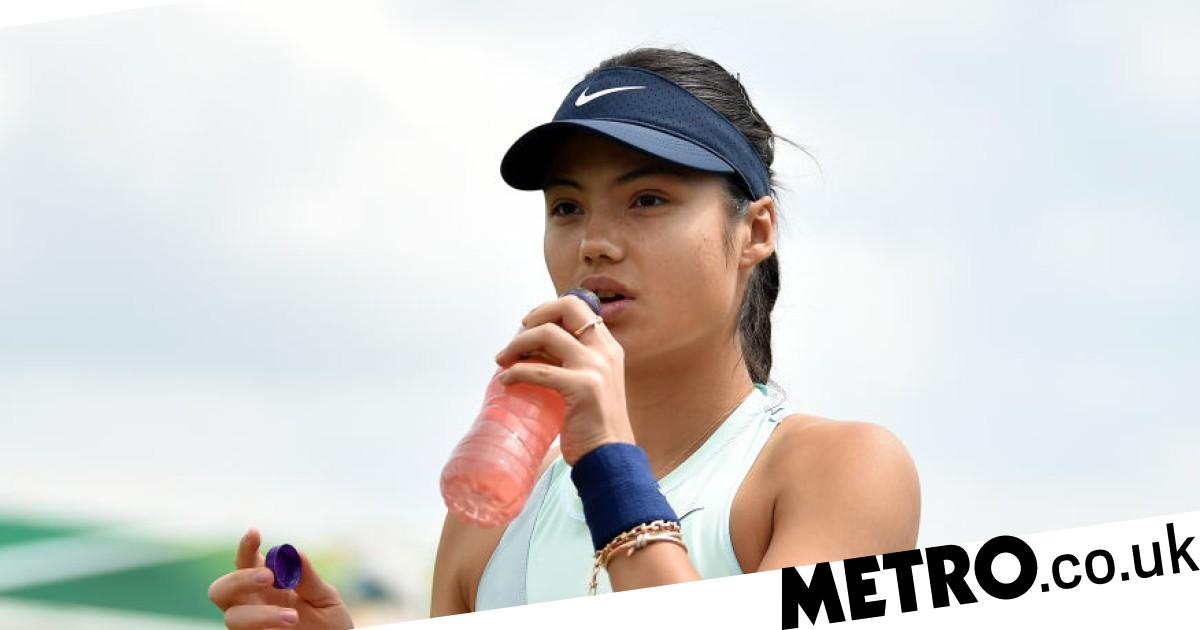 Emma Raducanu shot to fame during her run to the fourth round of Wimbledon last year (Picture: Getty) Emma Raducanu’s agent has hit out at critics of the British tennis star who claim the US Open champion’s career has stalled due to her commercial activities. The 19-year-old shot to fame 12 months ago during her eye-catching run to fourth round of Wimbledon, before she was catapulted to super stardom following her historic US Open triumph. Raducanu has, understandably, struggled to maintain those lofty standards with her progress having been undermined by a series of frustrating injuries and fitness setbacks. Emma Raducanu suffered a side strain during the Nottingham Open but is likely to compete at Wimbledon (Picture: Getty) Off the court, meanwhile, Raducanu has earned untold fortunes as the face of Evia, Tiffany, Nike and HSBC with her career driven by the agent of former tennis teen sensation Maria Sharapova. Max Eisenbud, who also masterminded the commercial success enjoyed by China’s Lia Na, insists, however, that the darling of British tennis remains fully focused on her sporting goals and hasn’t been distracted by the riches on offer to her. ‘We could have done 50 days of shoots,’ Eisenbud told The Sports Desk podcast. ‘I’ve never seen the amount of excitement and companies that wanted to be in business with Emma after the US Open. Emma Raducanu joined Dua Lipa a brand ambassador for Evian (Picture: Danika Magdelena/ Sirius Film) ‘It’s been a tough year,’ he admitted. ‘I think she got a lot of bad luck and what really hurt her was [catching] Covid and not having a great off-season, and then she was playing catch up. ‘But I think that if she had zero shoot dates, everything would be the same. ‘I know from the outside, you guys want to look at all those things – but if she locked herself in the room for the whole year and didn’t do anything, I think it would be the same.’ Raducanu, meanwhile, is making good progress in her recovery from injury and will take her place in the Wimbledon draw on Friday. The 19-year-old managed only seven games of her first grass-court tournament of the season in Nottingham a fortnight ago before pulling out after suffering a side strain. Raducanu was not ready to return for this week’s WTA tournament in Eastbourne but has been practising at the All England Club this week and the PA news agency understands she is on course to be fit for the Championships. MORE : Emma Raducanu suffers fresh injury blow ahead of Wimbledon MORE : Dua Lipa and Emma Raducanu have a ball as they join forces for tennis-themed Evian campaign For more stories like this, check our sport page. Follow Metro Sport for the latest news on Facebook, Twitter and Instagram.