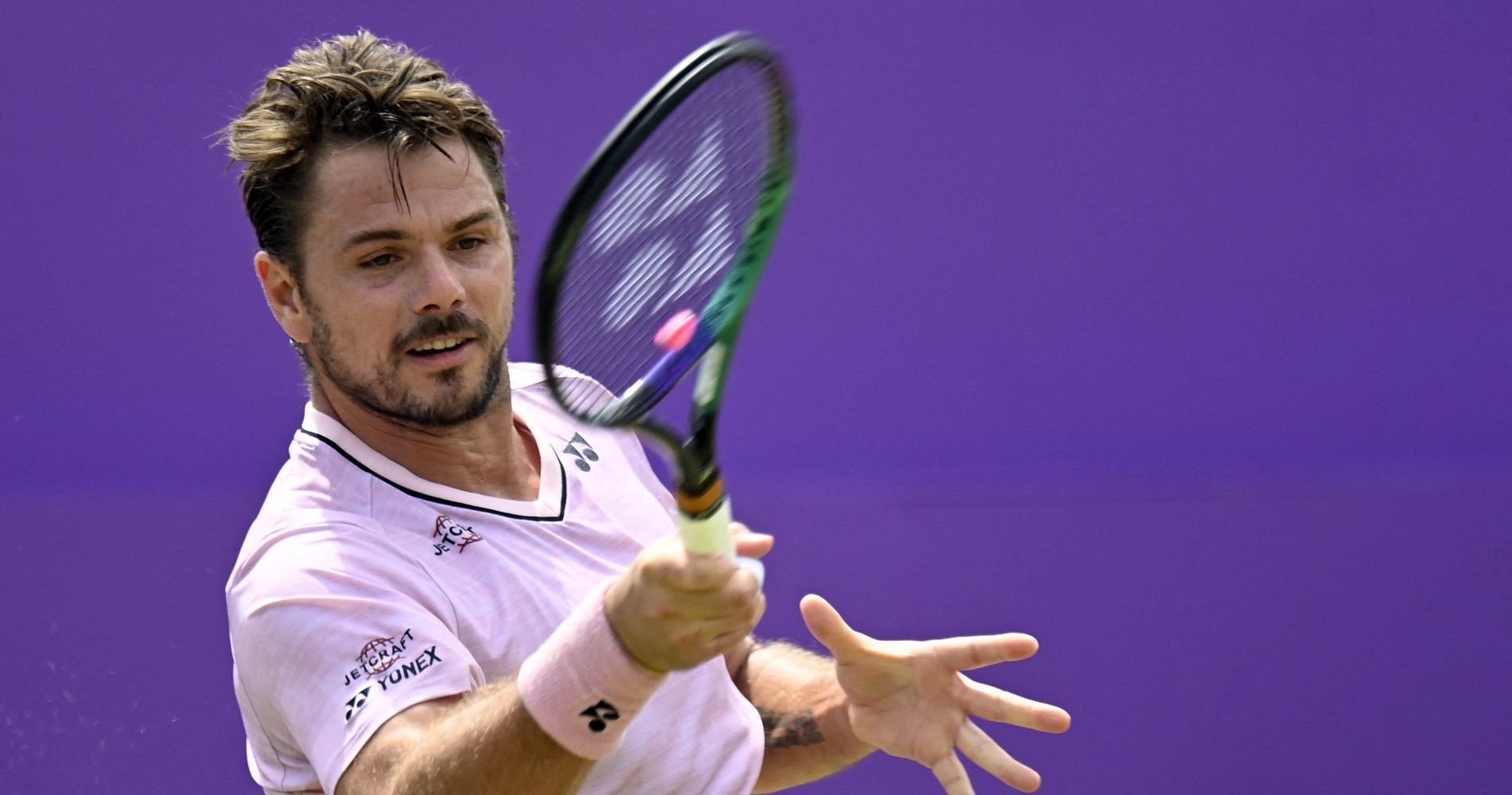 Three-time Major winner Stan Wawrinka has bared his heart and chronicled the difficult journey to returning after surgery last year in a column for The Players Tribune where the 37-year-old Swiss has said he wants to win another title, irrespective of whether its a Masters Series or an ATP title. Wawrinka, who plays 10th seed Jannik Sinner in the first round at Wimbledon today, admits he may not be ready to go far at SW19 this year but has his sights set on winning another title on the ATP Tour. “Right now, I’m feeling good. I have only been playing since March, but I’m happy to be back at Wimbledon. I’m not there yet. I have a lot of work to do. I need to play matches, because practice can never recreate the way you feel in a tournament. There are still some pieces of the puzzle that are missing. Given how little tennis I have played, I know it will be difficult for me to go far in Wimbledon. Either way, what matters is the day-to-day work. If I do those things well, I’ll be happy. And then, if I’m feeling great toward the end of the summer, I’ll set some goals. I want to climb in the rankings. And I want to win a tournament again. I’m not talking about a Grand Slam; it could be ATP 1000, 500, 250 — any level. Doesn’t matter,” Wawrinks wrote. In the column, Wawrinka admits he is in the final chapter of his career and says he still loves the competition. “I know that this is the final part of my career, one last chapter. I cannot play forever. I think I have two or three years left at most. I want to enjoy them, and the only way to do that is to give myself the best possible chance to win a trophy. How do I do that? I push myself to the limit.  Just a few weeks ago I was playing Frances Tiafoe in the first round at Queen’s. I had put a lot of pressure on myself, because I wanted to see if I still had the ability to win big matches. The sun was shining. The atmosphere was great. We played three tense sets.  Match time: two hours and 47 minutes. At one point he was serving for the match.  Somehow, I found my best tennis just when I needed it. I won 7–6, 6–7, 7–6.  The level was great. The crowd was incredible. What an amazing moment.  Two days later, I felt every one of my 37 years. My legs were screaming. Mentally, I was drained. My body was completely exhausted. And all I wanted was to play another match. “ “I loved tennis too much not to try” – Wawrinka Wawrinka underwent foot surgery last March but his return to the courts took much longer – a year – than he anticipated. During that time, the Swiss says he did think about retirement and at one point felt it would be impossible to do what it takes to return to the top. However, his positive mindset helped him tide over that period. “As I said, after the two surgeries last year I did think about retirement. The road back had been so hard the first time that it felt almost impossible to do it again. But I quickly went back to positive thinking. My whole life has been about falling down and getting back up. I even have a tattoo about it: EVER TRIED. EVER FAILED. NO MATTER. TRY AGAIN. FAIL AGAIN. FAIL BETTER. This is the way I see life. Even when you are at the top, you still lose matches all the time. So after a big loss, I’d ask myself, “What do you want?”  “After my second surgery, I knew what I wanted. Was it time to stop? No. I still loved tennis. I still loved practicing. I still believed that I could play at a good level. I was not afraid of hard work. But the most important thing was that I did not want to finish my career being injured. That was not how I wanted to say goodbye. I did not know if I would ever make it back. But I loved tennis too much not to try.” You might also like this Serena Williams, Wawrinka, Van Rijthoven among Wimbledon wildcard recipients tennis majors Queen’s: Wawrinka upsets Tiafoe to reach second round tennis majors He may not be ready, but Stan Wawrinka is excited for the Djokovic challenge in Rome nevertheless tennis majors After Monte-Carlo loss, Wawrinka says he “will take the time I need, and when I will be ready, I will play another tournament” tennis majors Thiem & Wawrinka’s comebacks end in first round in Marbella Challenger tennis majors The post “I want to win a tournament again.. it could be ATP 1000, 500, 250 – any level. Doesn’t matter” – Wawrinka not giving up yet appeared first on Tennis Majors.