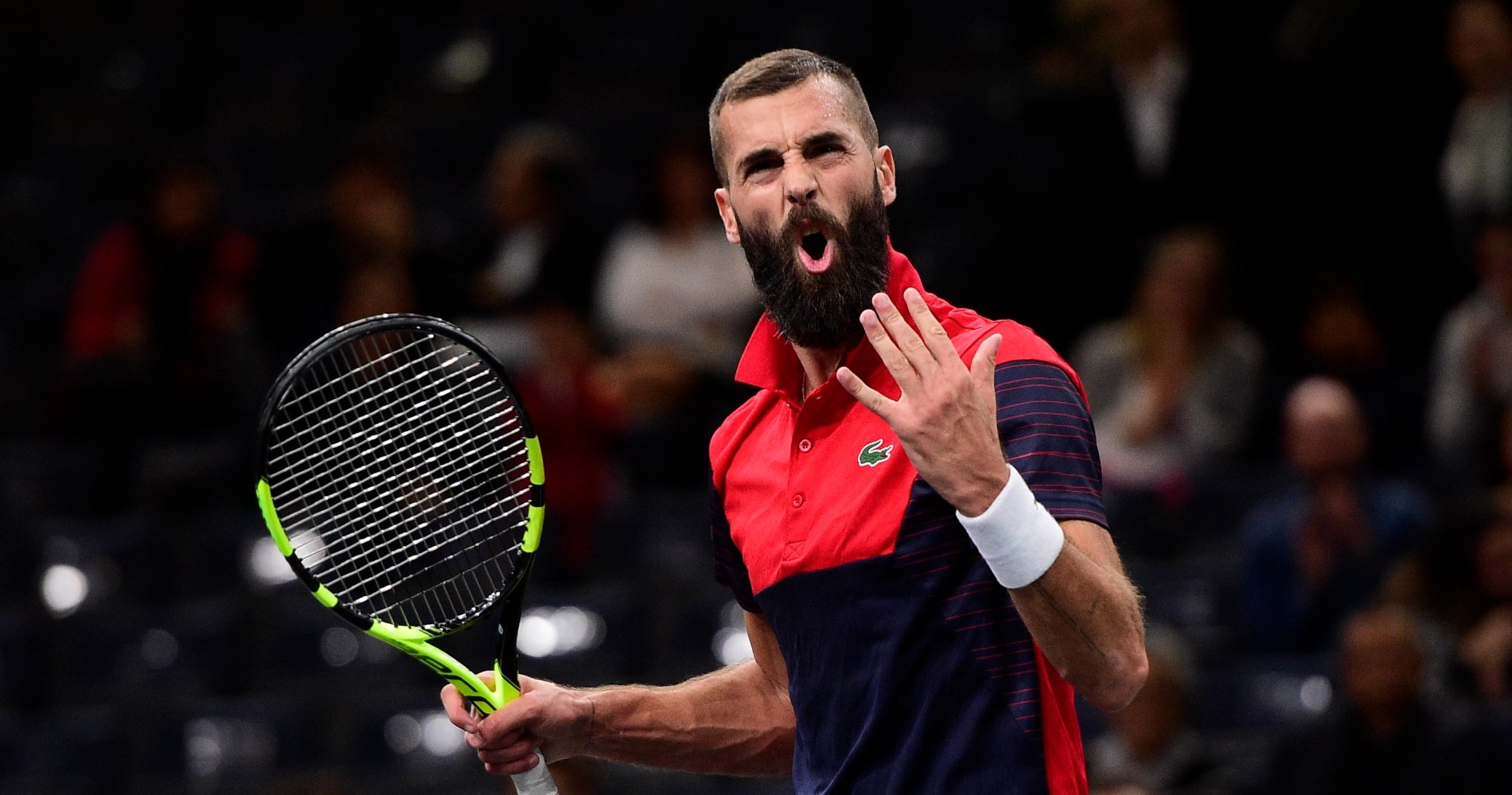 You can follow Benoît Paire on Twitter, Instagram and Facebook Why has Benoit Paire been in the news in summer 2022? Benoit Paire has spoken openly about his struggles with depression in recent months, saying that he was seeking help with his mental health. Read also Benoit Paire talks about his depression: “I realised I needed help” Tennis Majors Paire was told by the French Federation on April 22, 2021 that he will not be considered for selection for the Olympics in 2021, due to his “repeated and deeply inappropriate behaviour”. Paire, who has admitted he has struggled to cope with the Covid-19 restrictions around the tennis world, has behaved badly on several occasions at tournaments, even claiming he was just there to collect the first-round prize money. Paire has apologised and vowed to improve, the FFT said. When was Benoît Paire born? Benoit Paire was born on May 8, 1989, in Avignon, in the south of France. Paire’s nationality is French. However, he lives in Geneva, Switzerland. How tall is he? Benoît Paire is 6ft 5in (1.96m) tall, according to his profile on ATP official website. He weighs 80kgs (176lbs). Who are Paire’s parents? Benoit Paire’s father is named Philippe. He works at the SNCF, the French railway company. His mother, Eliane, works for the local government of the Vaucluse.  How many siblings does he have? Benoit Paire has an older brother Thomas (born in 1985), who also played tennis and now works for the French Tennis Federation. They teamed at the Lyon Open in 2017. Who are Paire’s idols?  Paire’s idol growing up was Marat Safin. That may be a hint about why he breaks so many racquets.  At what age did Paire start playing tennis? Benoît Paire began playing tennis aged six with his father, who used to work at a small tennis club next to his house. Paire’s favourite surface is clay and his favourite shot is backhand. Who is Paire’s coach? Benoit Paire full-time coach is Morgan Bourbon. Bourbon also works at the Mouratoglou Academy, so Paire sometimes trains there. He was a professional player until 2015.  When did he start his pro career? Benoit Paire turned pro in 2007. He played his first Grand Slam in 2008 at the French Open thanks to a wildcard and lost in the first round. The Frenchman broke into the Top 100 in 2011.  Does Paire have Instagram? Benoît Paire has an Instagram account, which is followed by 405,000 people, as of July 2022. He is very active on Instagram, publishing stories almost every day. He also carried out several Instagram Lives with his good friend Stan Wawrinka and other friends during the lockdown imposed by the coronavirus pandemic. Paire also has a Twitter account (@benoitpaire). He is followed there by 142,000 people.  Who is Paire’s girlfriend? Benoît Paire does not have a girlfriend at the moment. He previously was in a relationship with French singer Shy’m. His ex-girlfriend Julie Bertin took to social media in July 2022 to criticise his behaviour, suggesting he was messaging other women while in a relationship with her. In 2018 he spoke to L’Équipe about the difficulty of having a stable relationship when being a tennis player: “Either she sacrifices herself and puts her career on hold, or you see her less, and long-distance relationships are complicated.” What are fun facts about Paire?  One of Paire’s nicknames is La Tige (the stalk) because he’s tall and thin. He is a huge fan of the French football team Olympique de Marseille. He loves Breaking Bad. The post Instagram, Safin, Olympics: 10 questions about Benoît Paire – updated with depression, ex-girlfriend appeared first on Tennis Majors.