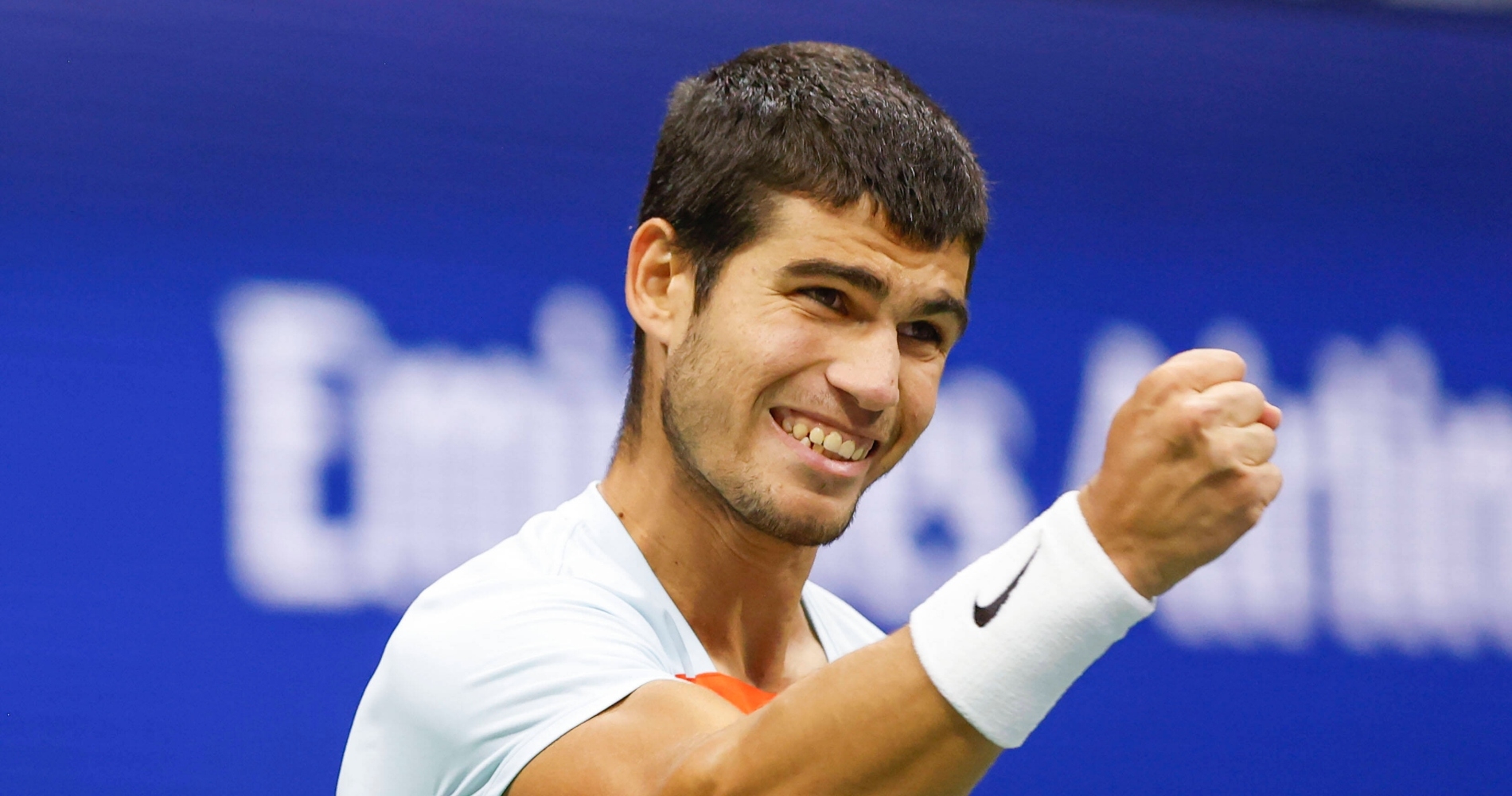 Rafael Nadal has led the congratulations for his compatriot Carlos Alcaraz, who won his maiden Grand Slam at the US Open by beating Casper Ruud on Sunday. “Congratulations Carlos Alcaraz for your first Grand Slam and for [world No] 1, which is the culmination of your first great season, [of] which I am sure will be many more!” he tweeted. Felicidades @carlosalcaraz por tu primer Grand Slam y por el número 1 que es el colofón a tu primera gran temporada que estoy seguro serán muchas más! 👏🏻Great effort @CasperRuud98 !very proud of you! Tough luck today but amazing tournament and season! Keep going!— Rafa Nadal (@RafaelNadal) September 11, 2022 Women’s champion Iga Swiatek also congratulated both players, tweeting: “Congratulations Carlos Alcaraz, and to you Casper Ruud as well! What a ride!” And there were tributes from the rest of the tour. Borna Coric wrote: “Amazing tournament, amazing year Carlos Alcaraz. Congrats on becoming US Open Champion and the youngest No 1 in history of our sport. Well deserved!” Victoria Azarenka tweeted: “Felicidades Carlos Alcaraz. What a tournament! Becoming No 1 after winning [your] first grand slam! Incredible achievement! Bravo to you and your team.” Andy Roddick added his congratulations: “The future is here. What a pleasure it’s been to see Carlos Alcaraz improve so quickly. Youngest No 1 in the history of our game. Was lucky to meet him during last two weeks. As mature/nice off the court as he is dynamic on it. Cheers to the first of many majors Carlitos!” You might also like this Alcaraz is world No 1, but battle for the throne will remain open until November tennis majors Ruud on Alcaraz: ‘It’s hard to believe he’s still only a teenager’ tennis majors Juan Carlos Ferrero – “maybe Sinner and Carlos could dominate the tour for the next 10 years” tennis majors The post Nadal congratulates Alcaraz: “There’ll be many more!” appeared first on Tennis Majors.