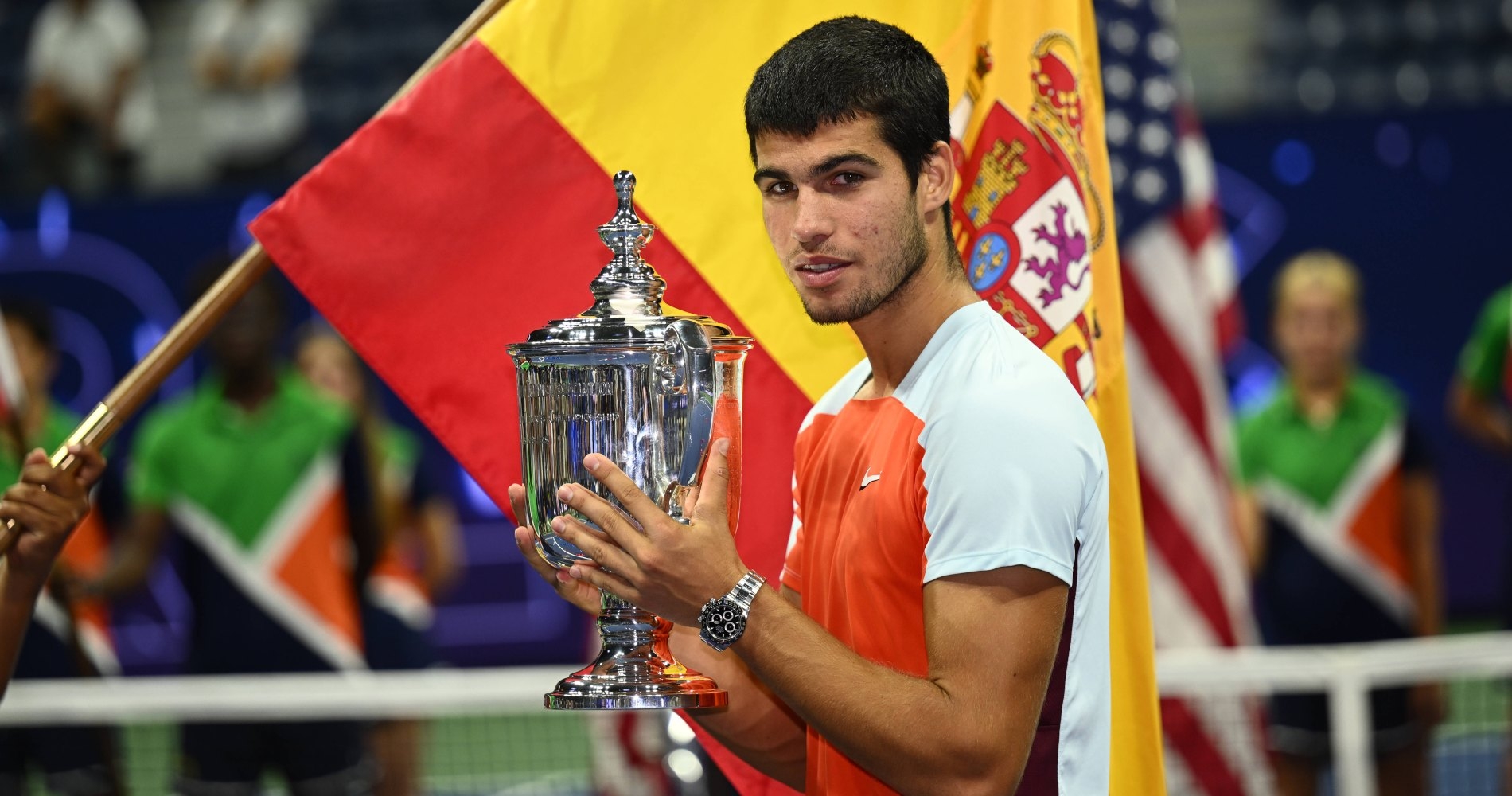 We won’t know for sure until we see the official team nominations but it looks like Carlos Alcaraz will take his place as part of the Spain Davis Cup side for this week’s group stage of the competition in Valencia. The new world No 1 and new US Open champion arrived in Spain on Tuesday and posed for photos alongside his coach, the former world No 1 Juan Carlos Ferrero. Welcome to Valencia, @carlosalcaraz 🤩#DavisCup #byRakuten pic.twitter.com/BDoOl2lewV— Davis Cup (@DavisCup) September 13, 2022 “I’m very proud to arrive as No 1 and do my bit for the team,” Alcaraz said in a press release sent by organisers Kosmos. “Playing the Davis Cup is always special, it’s a unique atmosphere and I’m looking forward to being with the team.” Alcaraz, who beat Casper Ruud in the US Open final on Sunday, said winning the Davis Cup would be another one of his dreams and that he is happy to share his US Open victory with the Spanish fans. Spain will play Canada, Serbia and South Korea in their Davis Cup group, with their first match against Serbia scheduled for Wednesday. The finals will be played in November. You might also like this Carlos Alcaraz: “The US Open suits me the best; Wimbledon might be the trickiest” tennis majors Nadal congratulates Alcaraz: “There’ll be many more!” tennis majors Alcaraz is world No 1, but battle for the throne will remain open until November tennis majors The post New world No 1 Alcaraz set to play Davis Cup this week appeared first on Tennis Majors.