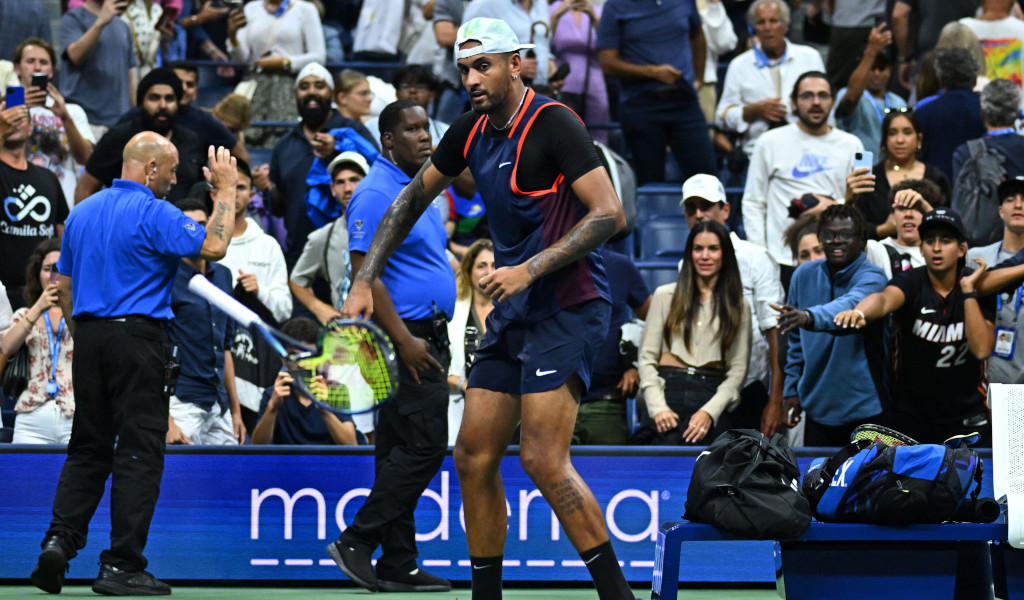 Nick Kyrgios departed the US Open with the biggest fine of the tournament for indiscretions during his quarter-final defeat by Karen Khachanov on Tuesday. The Australian was given a warning during the third set for slamming a drink bottle to the ground in anger and then took out his frustration at the end of the five-set loss by destroying two rackets. The offences have cost him 14,000 US dollars (approximately GBP 12,000) to take his overall fines tally to 32,500 dollars (approximately GBP 28,000) – by far the highest of any player. Boiling point Nick Kyrgios' frustrations boil over as he fails to convert a second break point #USOpen pic.twitter.com/ssus6iIcLh — Amazon Prime Video Sport (@primevideosport) September 7, 2022 The fine was Kyrgios’ fifth separate offence of the tournament, with previous sanctions coming for spitting, swearing and smashing rackets. The amount is still dwarfed by his prize money for the tournament across singles and doubles of 473,200 dollars (approximately GBP 411,000). It might be tempting to characterise his latest meltdown as part of a continued pattern of bad behaviour but it is clear that Kyrgios is a different beast these days and his angry outbursts are born of disappointment. Kyrgios made no attempt to hide his disappointment at the loss as he sought a first grand slam singles title. He said: “I honestly feel like s**t. I feel like I’ve let so many people down. I feel like these four tournaments are the only ones that ever are going to matter. It’s just like you’ve got to start it all again. I have to wait until the Australian Open. “It’s just devastating. It’s heart-breaking. Not just for me, but for everyone that I know that wants me to win. “Honestly I don’t even really care about any other tournament. “Like, I feel like at the Grand Slams, now having success at a Grand Slam, it’s just like no other tournament really matters,” Kyrgios added. “It’s like you get better, you get worse, then at a Grand Slam none of it matters. “You either win or lose. People don’t really care if you got better on the day or you lost 4 in the fifth or played one of the best matches of the tournament. You lost, so, that’s all people remember at a Grand Slam, whether you win or you lose. I think pretty much every other tournament during the year is a waste of time really. You should just run up and show up at a Grand Slam. That’s what you’re remembered by.” Is Nick Krygios good for tennis? The Bryan brothers give us their verdict Khachanov will take on Casper Ruud in the semi-finals on Friday. The post Nick Kyrgios runs up a $32,500 tab in US Open fines appeared first on Tennis365.