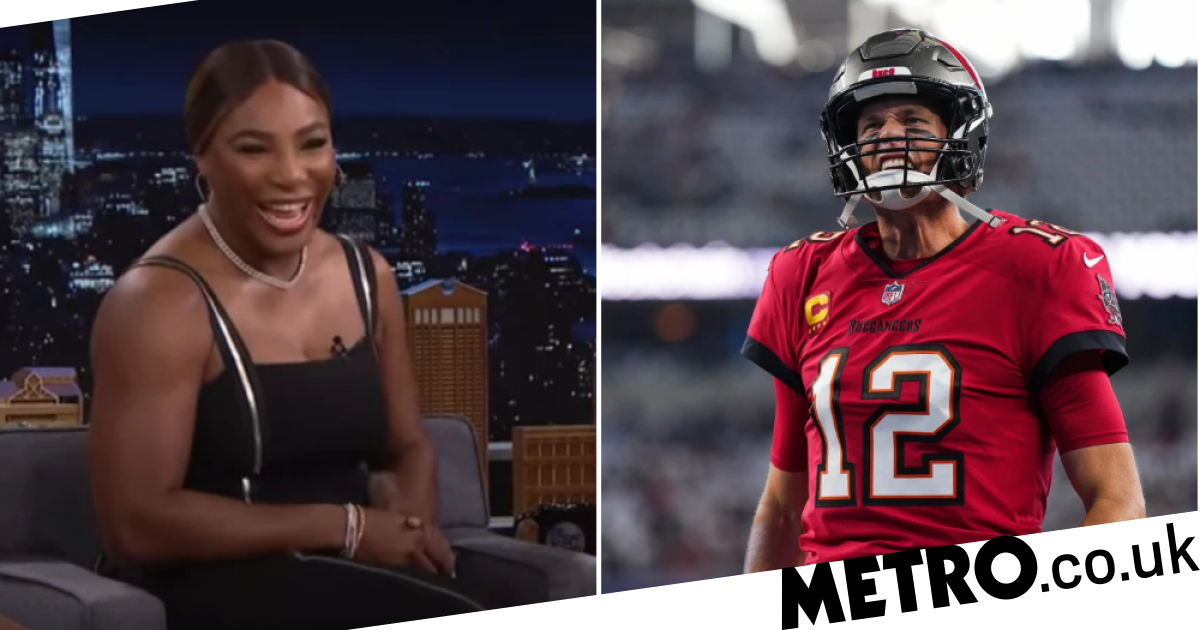 Serena Williams was asked if she would join Tom Brady in making a U-turn (Picture: YouTube/Getty) Tennis legend Serena Williams has hinted at a retirement U-turn following her early exit from the 2022 US Open. The 40-year-old 24-time Grand Slam champion, the most decorated female player in the Open Era, sent shockwaves through the sport last month, revealing her 27-year career was coming to an end after Flushing Meadows this year. Williams has been described as the ‘greatest male or female tennis player’ in what has been an incredible career after she turned pro in 1995 aged just 14 – but she could not register a fairy-tale finish in New York after losing in the third round to Ajla Tomljanovic – as Iga Swiatek won the women’s singles title instead. Williams is just one major trophy away from equalling Margaret Court’s all-time record of 25 Grand Slam titles, which would firmly cement her place as the sport’s best-ever player, and she has now hinted she may not be done just yet. During an interview on The Tonight Show with Jimmy Fallon, the American talk show host asked if Williams would consider a U-turn on her retirement plans. Williams gave a cryptic response, saying: ‘Tom Brady started an amazing trend. That’s what I want to say.’ Tom Brady, arguably the greatest NFL player of all time, is often compared to Williams in terms of the top sportspeople in the world and the quarterback famously performed a U-turn on his own retirement plans after just 40 days. "It's more of an evolution of Serena."–@serenawilliams on her retirement from tennis. #FallonTonight pic.twitter.com/0eAJt9IsZN— The Tonight Show (@FallonTonight) September 14, 2022 Williams added: ‘I think retirement is something that is super earned and that people work really hard for. ‘I feel like I’m at an age where I definitely have a lot more to give and there’s a lot more that I want to do so I’m not going to be relaxing. ‘There’s so much more for me. I feel like it’s more of an evolution of Serena.’ It is not the first time Williams has hinted at a comeback, telling reporters after her US Open defeat to Tomljanovic that she ‘always did love Australia’ – meaning she could potentially return for the first major of 2023 at January’s Australian Open.

"I feel like I left it far behind a long time ago, but who knows?" – Medvedev on Australian Open final loss