Tears, hugs and glory as Roger Federer finally bows out from tennis 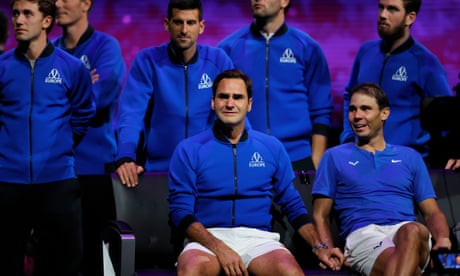 Rafael Nadal, longtime rival and friend, was also weeping during an emotional retirement ceremony after final matchThroughout the final week of Roger Federer's life as a professional tennis player, he handled his emotions far better than he had envisioned. But at the end of his final match alongside his rival Rafael Nadal, a tense 4-6, 7-6 11-9 loss representing Team Europe against Tea