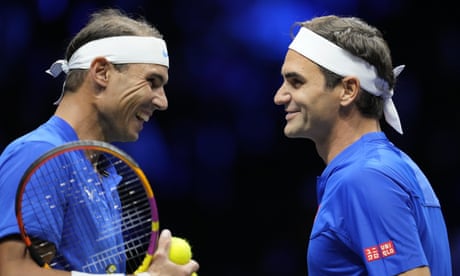 Pair beaten 4-6, 7-6 (2), 11-9 by Jack Sock and Frances TiafoePlayers at Laver Cup pay tribute to Federer after his final gameOver the course of the past decade and more, Rafael Nadal and Roger Federer have thrived regardless of circumstance. They have stared each other down in the finals of the grandest tournaments around the world and they have brought out their bes

2022, the year when men's tennis has (really, this time) set a date to challenge Nadal and Djokovic

Rafael Nadal to win French Open No 15 next year? How long does he have left to play? Pundits have their say