'The most important player in my career': Nadal on Federer's retirement – video 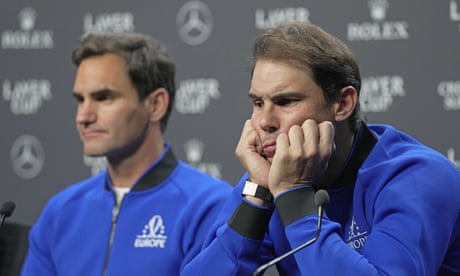 Rafael Nadal has admitted it will be 'difficult to handle' the emotions as he prepares to play alongside old-rival Roger Federer in the final match of the Swiss legend's tennis career. The rivals have been paired up to bring the curtain down on Federer's career with a doubles match on day one of the Laver Cup. Federer played Nadal 40 times in total across his 24-year career, with the Spaniard w